Two of the most notorious gangs to ever walk on the streets of Los Angeles, Blood and Crips were formed in different times and for entirely different reasons. While one was the result of two individuals joining hands to gain greater power, another one was formed to mainly oppose them, giving rise to the whole Bloods Vs Crips situation.

To know more about these gangs and their impact on American culture, keep on reading.

Who are the Bloods?

Formed by many smaller gangs coming together, Bloods were originally created to reduce the impact of Crips. Headed by Piru Street Boys, also popularly known as the Pirus, this gang was quite notorious for their headstrong opinions against Crips, which led to the overall Bloods Vs Crips scenario.

Originally founded in the mid 1972s, their identification color was red, just as the gang’s name. Apart from that, the individuals also had specific hand symbols that they used to communicate amongst their gang members. And while the exact number of the members is still a mystery, individuals of various ethnicities are known to be part of this gang.

The one thing however that makes this gang apart from others is that they don’t have an official leader. Rather the whole group is looked after by small leaders who have a number of individuals under their disposal. This is to ensure that there is no further competition for power amongst the members and hence peace and brotherhood is maintained.

Who are the Crips?

The joint effort of two individuals, Stanley Willaims and Raymond Washington, the base of Crips was laid in the year 1969. Notorious for being the most violent of all mobs to have ever originated on the streets of Los Angeles, their terror has now well circulated to many regions across the world.

Involved in many disturbing acts, the gang is well known to adhere to blue color as their gang symbolism. Their gang members can be seen wearing blue attire or accessories of the same color and are often found to be traveling in a group. While initially the idea was to form a large enough gang that could easily conquer others, adding to the power, the goal seems to have shifted to much more sinister plans.

For instance, most of the early Crips records suggested robbery, murder, drug dealings, unlike the most recent ones including gun fights, assassinations, etc. the group comprises mostly of African American people and is marked as a highly dangerous group within police records.

Bloods Vs Crips- What is the difference?

Apart from their bloody career, there are a few differences that makes the whole Bloods Vs Crips thing quite distinct and fascinating.

Like discussed above, the origin history behind Los Angeles’ two most notorious groups is quite different from another. The two individuals behind Crips wanted power, while Bloods were particularly formed to voice against the unfair domination of the Crips.

Same as their name, Bloods represent their dedication and loyalty towards their gang members by wearing red attire or accessories that match the crimson red color of human blood. Whereas, Crips identify themselves in blue colored uniform, a color that is often referred to power of authority, trust, and a closely knit bond of society.

While there is no exact record of how many gang members both the groups have currently, as per estimation the population of Bloods is much weaker than Crips.

This is mostly because of the fact that Crips was formed first and also because more people in this gang are there just to gain more and more power. So roughly speaking, it is estimated that Bloods has an overall population of 20-25k gang members, whereas Crips have a whopping 30-35k active gang individuals.

Below we have arranged these points in a tabular form, so make sure to give it a thorough reading.

Even though the two gangs may seem similar initially, a lot of things cause the whole tensed up Bloods Vs Crips situation. This has also led to many brutal confrontations between the two groups every now and then, causing fatalities at the end. 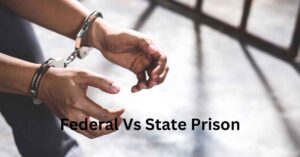 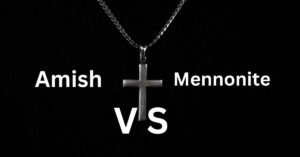 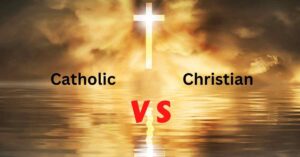