While both podiatry and chiropody are two titles under the same medical study, the two terms serve different purposes. Podiatry is related to the study of common foot problems, contrary to chiropody which is based upon the treatment and prevention of dysfunctions, diseases, or disorders of the foot. Below we will be looking at the difference between Podiatry and Chiropody in Canada in detail.

Also referred to as the podiatric science, podiatry revolves around the study, diagnosis, and treatment of the human lower extremity, including foot, ankle. This field of study covers almost everything that is there to know and understand about the lower part of the human body, although individuals studying this course have to learn all other basic medical sciences too.

Podiatrists (a Doctor of Podiatric Medicine- DPM) are generally qualified from the U.S.A. School of Podiatry. They go through a Bachelor’s Degree in Science followed by 4 years worth postgraduate training, which is unlike Chiropody, a term that is often confused with Podiatry. In the last year, they are taught advanced procedures that better define their specialisation as the DPM.

However, even though podiatry is widely recognised as a medical specialisation in itself, these doctors are required to register under the Provisions of the Chiropody Act, Province of Ontario to be able to practice within the nation. Once done they are recognised as Chiropodists as long as they are working within Canada.

This very interchanging of titles is what causes the confusion. But no matter what, it is to be noted that a mere title interchange doesn’t mix the two specialists and their working procedure.

Contrary to Podiatrists, Chiropodists are foot specialists that are trained and registered directly under the Ontario Chiropody Act. To become certified and licensed chiropodists, they have to complete their Bachelor’s in Science along with a 3 years postgraduate degree, a year lesser than that of podiatrists.

And while these specialists also deal with leg, foot, and ankle issues, their expertise is comparatively lesser than that of the DPM. Certified chiropodists are only allowed to deal with minor issues, as their treatment procedures are strictly physical. Some of the most common followed physical procedures include shockwave therapy, laser treatment, and orthotic fitting.

Additionally, their work involves knowing their patient’s routine, educating their patients, and then preparing a treatment plan that they can perform at home easily. So, when approached, a chiropodist will most likely send you back with a detailed prescription, bearing the do’s and don’ts of your routine leg and feet care.

Difference between Podiatry and Chiropody in Canada

To make it easier to acknowledge the difference between Podiatry and Chiropody in Canada, we present you the variations in a tabular form.

So which one is better: Podiatry or Chiropody?

Even though the two terms are used as one , i.e. as chiropody in Canada, there is no winner when it comes to the two fields of medical science. Rather, based upon the issue that you might be facing, you may either be prescribed to avail podiatry or chiropody.

For instance, if you have a very bad case of ingrown nail that appears frequently, then a podiatrist is the one who can help you out. When approached they will carefully go through the list of potential causes, perform tests and afterwards either perform surgery or treat the same using physical treatment procedures.

At the same time, you will need a chiropodist’s help, when suffering from: 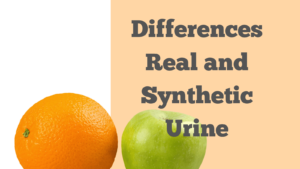 Difference between Real and Synthetic Urine

Difference between Male and Female Ribs